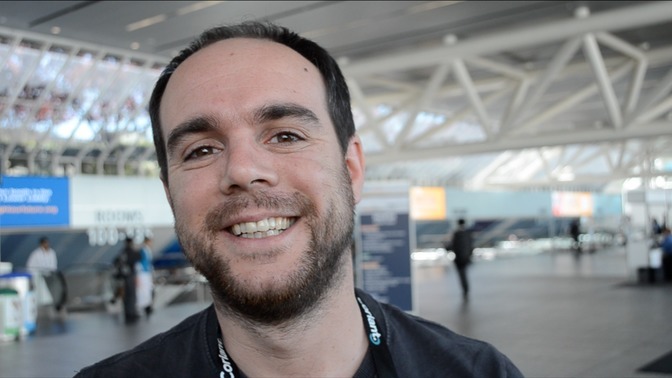 CORPORATE FILMMAKER: Be Ready To Change & Adapt To Circumstances

Iain, a corporate filmmaker, creates videos introducing new products, for HR, and ones sending messages from company CEOs. He began working in film through working in drama with students. He started making films about young people, but later moved on to corporate films. Having changed career numerous times, he tells us that is is important to be ready to change and adapt to circumstances.

Producers and directors are in charge of creating motion pictures, television shows, live theater, and other performing arts productions. They interpret a writer's script to entertain or inform an audience.

Similarly, large productions usually employ several assistant directors, who help the director with tasks such as making set changes or notifying the performers when it is their time to go onstage. The specific responsibilities of assistant producers or directors vary with the size and type of production they work on.

Producers make the business and financial decisions for a motion picture, TV show, or stage production. They raise money for the project and hire the director and crew. The crew may include set and costume designers, a musical director, a choreographer, and other workers. Some producers may assist in the selection of cast members. Producers set the budget and approve any major changes to the project. They make sure that the film or show is completed on time, and they are responsible for the way the finished project turns out.

Directors are responsible for the creative decisions of a production. They select cast members, conduct rehearsals, and direct the work of the cast and crew. During rehearsal, they work with the actors to help them portray their characters better.

Directors work with designers to build a project’s set. During a film’s postproduction phase, they work closely with film editors to make sure that the final product comes out the way the producer and director want.

Although directors are in charge of the creative aspects of a show, they ultimately answer to the executive producer.

CORPORATE FILMMAKER, IN-DEPTH: Traveling Around The World To Film
6

MARKETING MANAGER: Must Be Adaptable & Versatile
29

GAME DEVELOPER & SENIOR LECTURER: Success By Adapting to Many Roles
12

DIRECTOR - COLLEGE & CAREER READINESS: I Would Have Taken My Studie...
14

SAUNA/SPA ATTENDANT: Wanted A Change From The Restaurant Business
25

PARTICLE ACCELERATOR ENGINEER: Don't Be Afraid To Make A Change
43

MANAGING DIRECTOR, IN-DEPTH: A Lot of Stress, But A Lot of Fun
0

ANALYST, Google+: Using Passion For Technology To Combat Fraud And ...
6

ENTREPRENEUR: The Life Of A Healthcare Venture Capital Investor
42

DIGITAL PUBLIC RELATIONS: It's All About Storytelling
29

CLIENT DIRECTOR, IT: One Of The Few Women In Her Role
0

DIRECTOR OF SCIENTIFIC AFFAIRS: A Career In Diagnostics
40
© 2015 PathSource. All rights reserved.