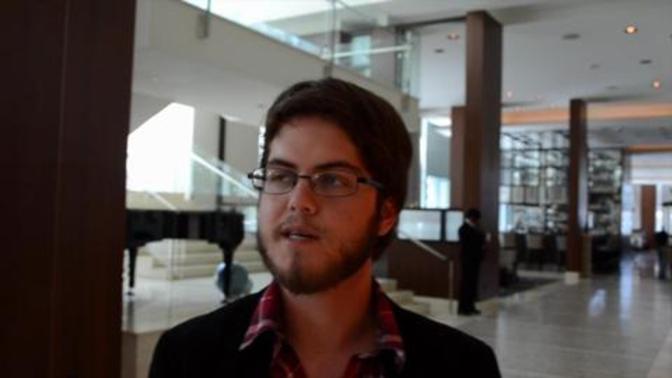 DOCUMENTARY PRODUCER: You Need Heart And Guts To Chase Your Job

Miguelangel is working as a producer for a foreign documentary crew.
He shares what a typical day is like on the road, how he got this position, and provides sage advice on finding a job.

Producers and directors are in charge of creating motion pictures, television shows, live theater, and other performing arts productions. They interpret a writer's script to entertain or inform an audience.

Similarly, large productions usually employ several assistant directors, who help the director with tasks such as making set changes or notifying the performers when it is their time to go onstage. The specific responsibilities of assistant producers or directors vary with the size and type of production they work on.

Producers make the business and financial decisions for a motion picture, TV show, or stage production. They raise money for the project and hire the director and crew. The crew may include set and costume designers, a musical director, a choreographer, and other workers. Some producers may assist in the selection of cast members. Producers set the budget and approve any major changes to the project. They make sure that the film or show is completed on time, and they are responsible for the way the finished project turns out.

Directors are responsible for the creative decisions of a production. They select cast members, conduct rehearsals, and direct the work of the cast and crew. During rehearsal, they work with the actors to help them portray their characters better.

Directors work with designers to build a project’s set. During a film’s postproduction phase, they work closely with film editors to make sure that the final product comes out the way the producer and director want.

Although directors are in charge of the creative aspects of a show, they ultimately answer to the executive producer.

TELEVISION PRODUCER: The Best Education I Got Was Learning On The Job
7

TV PRODUCER/RADIO BROADCASTER: You Need Talent And Knowledge To Be ...
15

NONPROFIT ATTORNEY: Attorneys Who Do The Work Because Of Passion In...
0

GRANTS FINANCIAL COMPLIANCE SPECIALIST: A Job That Makes You Happy ...
0

COMPUTER SECURITY JOURNALIST: Indulge The Things That You Are Passi...
4

ESTHETICIAN, IN-DEPTH: Your Attitude Will Set You Apart
0

3RD GRADE TEACHER: Be Flexible And Able To Multi-Task
24

DIRECTOR, IN-DEPTH: Gets To Interact With People Who Are Really Goo...
11
© 2015 PathSource. All rights reserved.